Half Marathon in Central Park NYC


This April I will run my first ever half marathon in New York City. I am so excited and a little bit nervous. This marathon is called the SHAPE Women's Half Marathon. A half-marathon is a run that is 13.1 miles long. I have been training for this run for the past 12 weeks. I will be running this marathon with my two cousins and friends. Running can be fun and a great way to exercise. Depending on the weather I either run inside on a treadmill or outside on a trail. Running is also a good way to relieve stress. A lot of people find running to be therapeutic. I enjoy pushing myself to run further and further and creating new goals for myself. Running has always been a big part of my life and I am looking forward to accomplishing my first half marathon.


Link to learn more about my half marathon: https://www.nyrr.org/races/shapewomen39shalfmarathon

1. marathon-long distance running race
2. training-taking on a particular task of exercising
3. treadmill-an exercise machine for running or walking
4. trail- a path
5. relieve- take away something
6. therapeutic- calming or relaxing
7. accomplishing- to be successful or achieve a goal

1. Put the seven vocabulary words in alphabetical order on the lines below:

2. Change the word relieve, training, and accomplishing to the past tense:

3. Would you want to run in a marathon one day? Why or why not:

Directions: Circle all the verbs in the paragraph. Choose 4 verbs you found and make 4 new sentences. 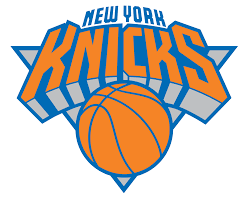 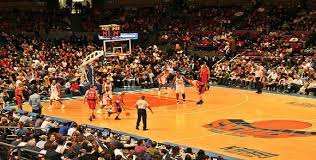 I love almost all sports, but basketball is definitely my favorite sport. Basketball is a sport played with two teams of five players on each team. Growing up I played basketball with my friends and family. Playing basketball taught me teamwork, hard work, and dedication. I am lucky enough to now coach a sixth grade basketball team in Baldwin. My favorite basketball team is the NewYork Knicks. My family and I love watching the Knicks play on television as well as at Madison Square Garden in New York City.

Basketball has always been a big part of my life. I remember going to see my first live basketball as a child. I was amazed at how big the basketball court was. Basketball is a very fun, exciting, and fast paced game. I remember the stadium being packed out with cheering fans who were all wearing blue and orange.

Vocabulary:
1. Dedication: being committed to a task, give a lot of time to something
2. Stadium: a sports arena with many seats so people can watch a particular event or game
3. Teamwork: a group of people who work together towards the same goal or task
4. Hard work: Put a lot of effort into something so you can be successful
5. Players: A person who takes part in a game or sport
6. Fans: A spectator or person who watches a particular team and wants them to win

Vocabulary activity: Write about your favorite sport or a sport using four of the vocabulary words above. 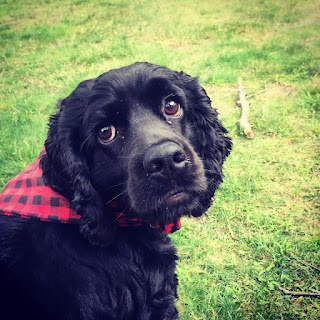 This is my dog Zak he is so friendly and sweet! He has big black eyes and soft black hair. I rescued him from a dog shelter in Queens two years ago. When I first brought Zak home he was very timid, because he was abused by his previous owners. He was very afraid of loud noises and too many people around him at once. After a few months he warmed up me and my family. He loves to play with all his toys, especially his stuffed pig. He is very active and loves to go on walks near the beach. With a lot of love and patience Zak has become the perfect addition to our family. Rescuing dogs or any animal from shelter is so rewarding. Rescuing Zak means he gets to be in a safe and loving home with people who care for him.

Vocabulary:
1. Dog shelter: a place where stray or abandoned dogs are placed and then can be adopted by families

3. Active: engaging in something physical, energetic or mobile

4. Rewarding: something that is satisfying or pleasing

6.  Patience: to be calm and take your time with a task

7. Rescue: save someone or something from a dangerous situation

Directions: Fill in the blank with the correct vocabulary word for each sentence below.

Writing activity: Adjectives are words that describe nouns, such as shape, size, color, age or material.


Over the summer I went a saw the musical Aladdin in New York City on Broadway. I loved seeing this musical since the original movie is one of my favorites. Aladdin is about a poor boy who finds a magical lamp with a genie inside. He gets three wishes from the genie when he rubs the magic lamp. He wishes to be turned into a prince in order to win over the heart of a beautiful princess named Jasmine. Aladdin is faced up against an evil villain character named Jafar. Jafar also wants to win over the heart of Jasmine. Princess Jasmine only has three days to find a prince to marry. The musical is filled with dancing, singing, and adventure!

1. Musical- A play or a movie where singing and dancing are the main part
2. Genie-a spirit in a folktale that is stuck inside a lamp and when released will grant you three wishes
3. Prince- A boy who is a royal ruler
4. Princess- A girl who is a royal ruler
5. Evil- Someone who is very bad or cruel
6. Broadway- a street in New York City that is known for famous restaurant and theaters to watch plays and musicals
7. Villain-A character who has evil actions or motives
Vocabulary exercise:

4. Challenge* Can you think of another princess and prince from a musical, play or movie you watched? Write the names on the lines below:

Grammar activity: In the paragraph below fix the nouns that should be proper nouns by making them have capital letters.


Last june I went on vacation to florida with my family. We arrived in Florida on a Monday and left by friday. During our vacation we went to the beach, swam in the pool, and ate at restaurants. We stayed at the hilton hotel which is located twenty minutes from epcot. Epcot is an amusement park filled with many different rides and games. I love going on vacation with my family! 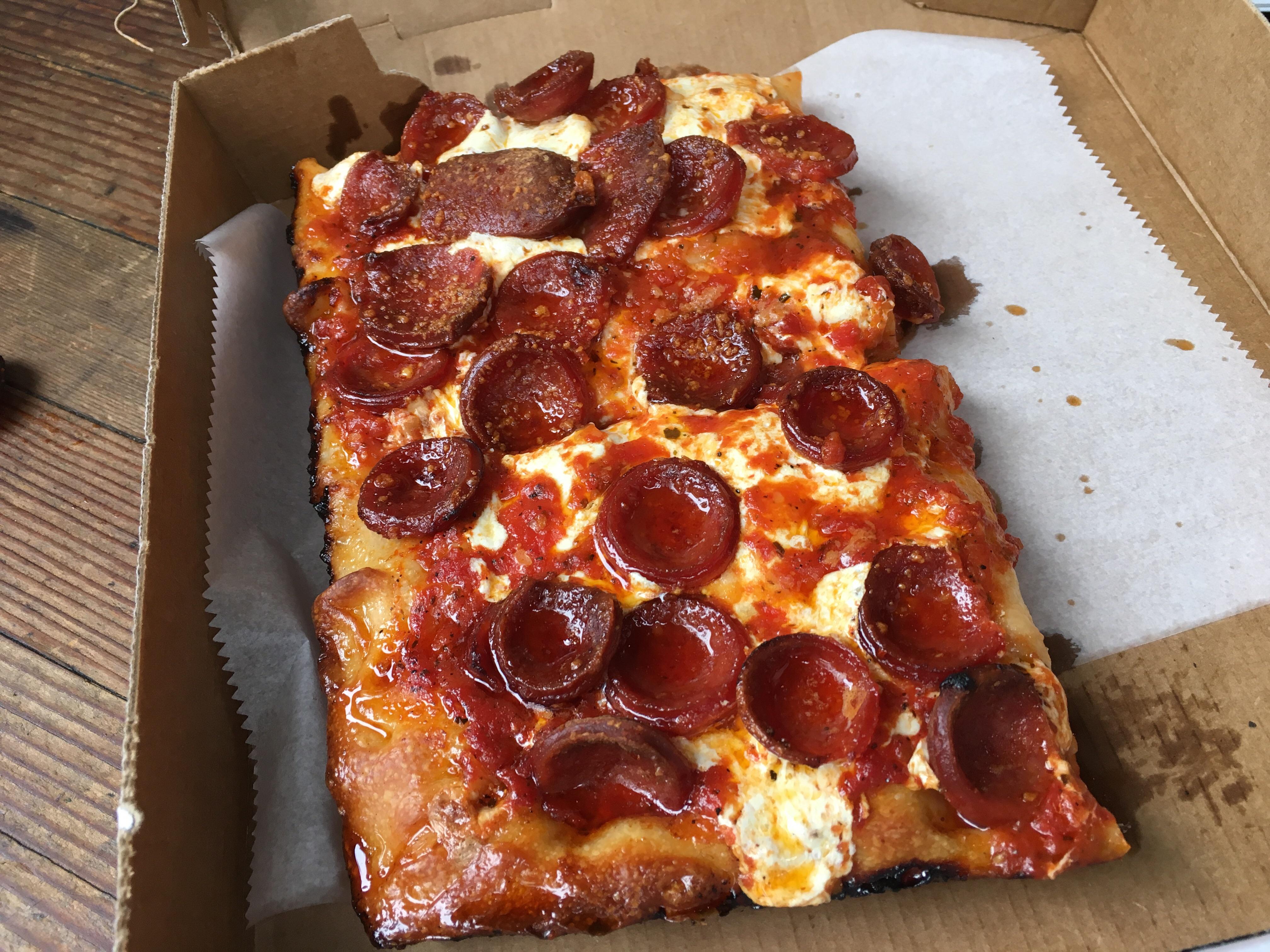 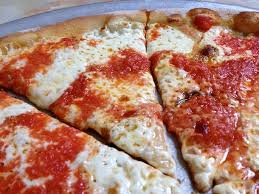 My absolute favorite food is pizza! I could probably eat pizza for every meal. One of my favorite things to do with my family is to make home made pizzas. As a family we decide on different toppings to create unique pizza pies! Some of our favorites are eggplant pizza, meatball pizza, and taco pizza. It's a lot of fun coming up with different pizza creations and then getting to enjoy eating them together. Another thing I like to do is go into the city New York City with friends and try out different pizza places. My two favorite pizza places in the city are Artichoke Basile and Prince Street pizza. Artichoke Basile is known for their spinach and artichoke pizza which is very delicious. Prince Street Pizza has the best pepperoni slice. They are known for their small crispy pepperonis piled onto a square slice (pictured top right). To make your very own pizza pie you'll need pizza dough, tomato sauce, and any toppings you desire!

Here are some of my favorite homemade pizza recipes:https://www.tasteofhome.com/recipes/homemade-pizza/


Vocabulary:
1. Unique- being unlike anything else
2. Eggplant- dark purple vegetable
3. Creations- designing or making something
4. Artichoke-type of vegetable
5. Crispy- food that is firm
6. Dough- mixture of flour and liquid used for baking into bread
7. Desire- a strong feeling of wanting something

Write a paragraph about a food you made before using the past tense:


Example: Last week I made tacos for dinner. The tacos took a long time to make, but the wait was worth it. I used flour tortillas as my taco base. I also used chicken, tomatoes, guacamole, and cheese for the inside of my tacos. I served the tacos with chips and salsa. The meal was delicious and fun to make.


One of my favorite trips I took with my friends was to Charleston, South Carolina. Charleston is a beautiful historic city with so many places to go and explore. When my friends and I visited we spent several days visiting historic sites, shopping, going to the beach, and of course eating delicious southern comfort foods. During our visit we made a stop at Boone Hall Plantation which was where the movie "The Notebook" was filmed. The tour we went on showed how slaves at that time lived in cabins and worked on the planation. The plantation also displayed beautiful gardens and a tour of the mansion. A place we all really enjoyed eating at was Hot Little Biscuit. This place is famous for there warm biscuits topped with jam or pimento cheese. They were so yummy! We also enjoyed a visit at Poogan's Porch where we tried their shrimp and grits and chicken and waffles, both were delicious. We ended our trip with a drive to Folly beach, which was located thirty minutes from the city. The beach had a beautiful boardwalk and the ocean water was extremely warm. Our trip to Charleston was a wonderful and fun experience.

1. Plantation: a large farm or land area where a particular type of crop is grown.
2. Grits: similar to oatmeal, a dish of corn kernels mixed with milk or water that you eat
3. Biscuit: a small, round cake of bread
4. Boardwalk: a wooden walkway usually along a beach
5. Historic: famous/important in history
6. City: A place where people live that is larger than a town.
7. Slaves: a person who is legal property of another person

Vocabulary Exercise:
Directions: Put the correct missing vocabulary word in the sentences below.

-In your writing journal write a journal entry using the past tense about your favorite trip or place you visited.

*Past tense example: Last summer I visited Hawaii with my family.
*remember words that end with "ed" show past tense (visited). It shows something that has happened in the past.